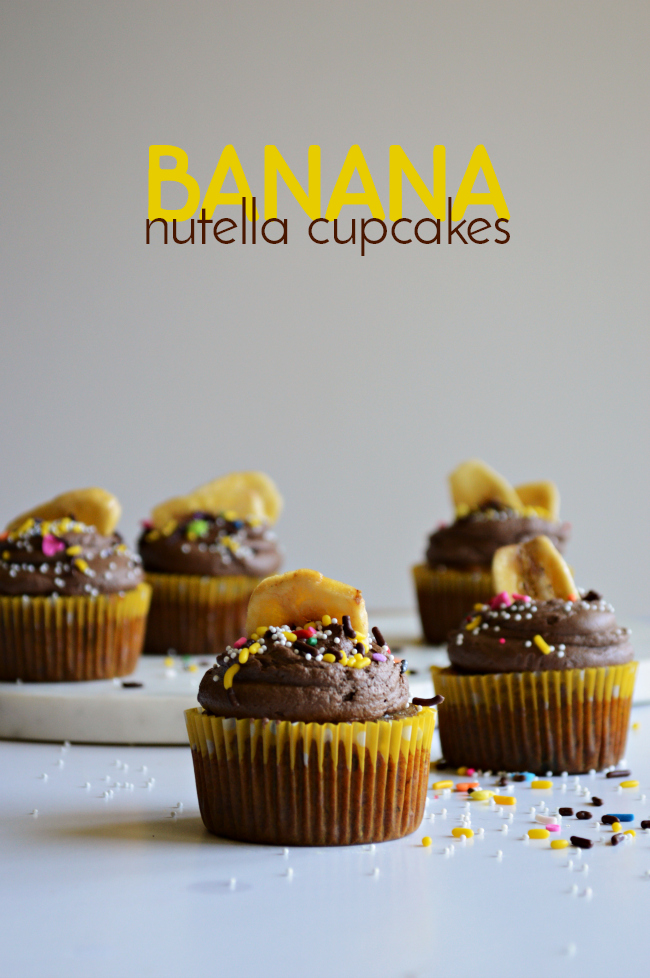 Who doesn't love banana bread amiright? Even my husband, who is allergic to bananas, loves the stuff. When he was younger, he would sometimes, take a benadryl then eat some to try to counter act the effects. Of course, you always want what you can't have. Luckily for him, as an adult, he learned he was only allergic to certain protein that breaks down in cooking so he can eat bananas as long as they've been cooked. He was like a kid on Christmas when he found that out. 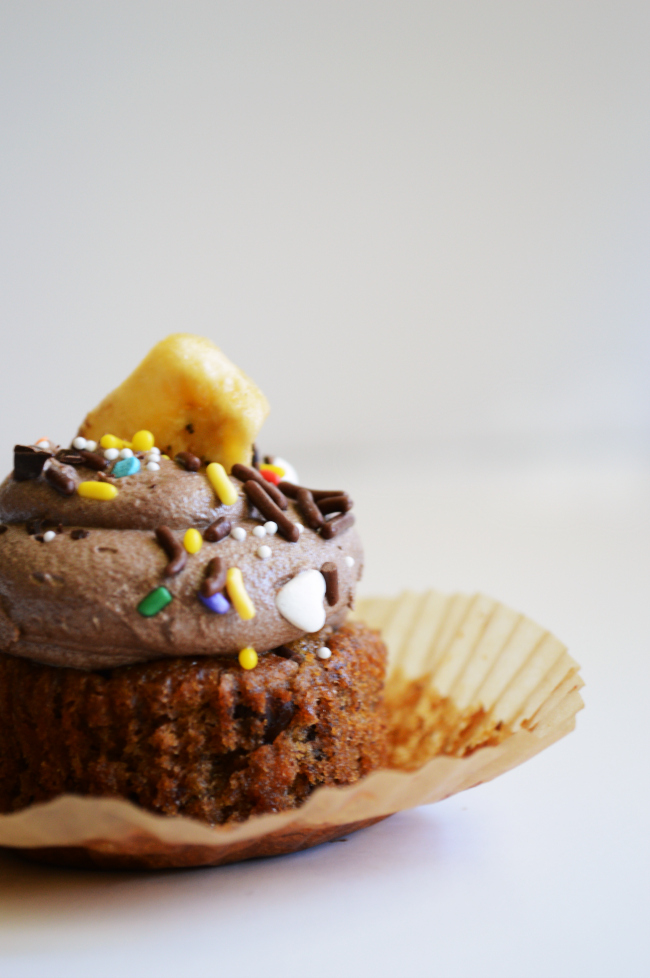 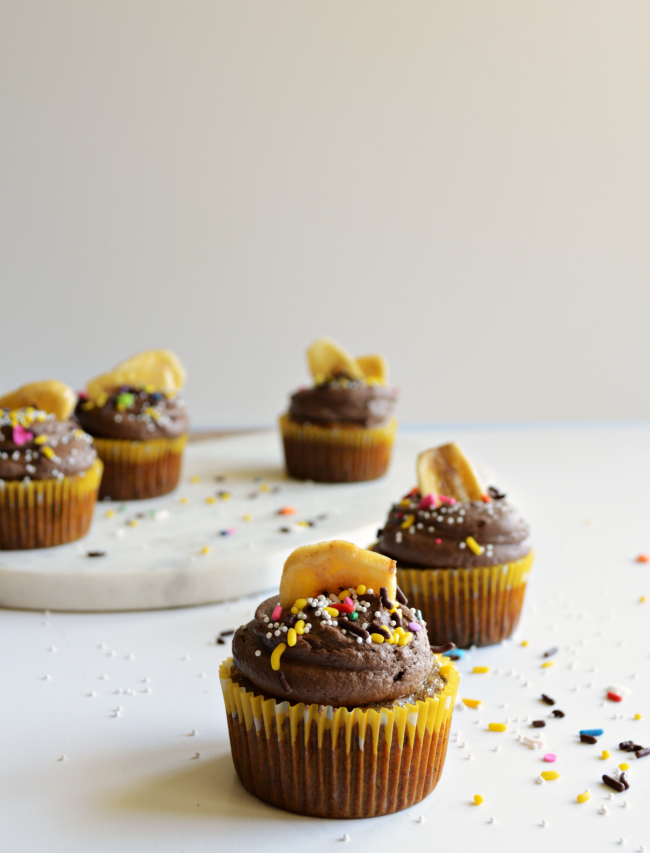 Banana bread makes me think of my Grandpa, my mom's dad. He loved it, LOADED with nuts. The chunkier the better. He went through so many bananas through the week, it was a wonder my granny ever had any left over to make the bread. His love of banana bread and chocolate have always made the combination seem like a good idea to me. Throw in Nutella and you have a WINNER! 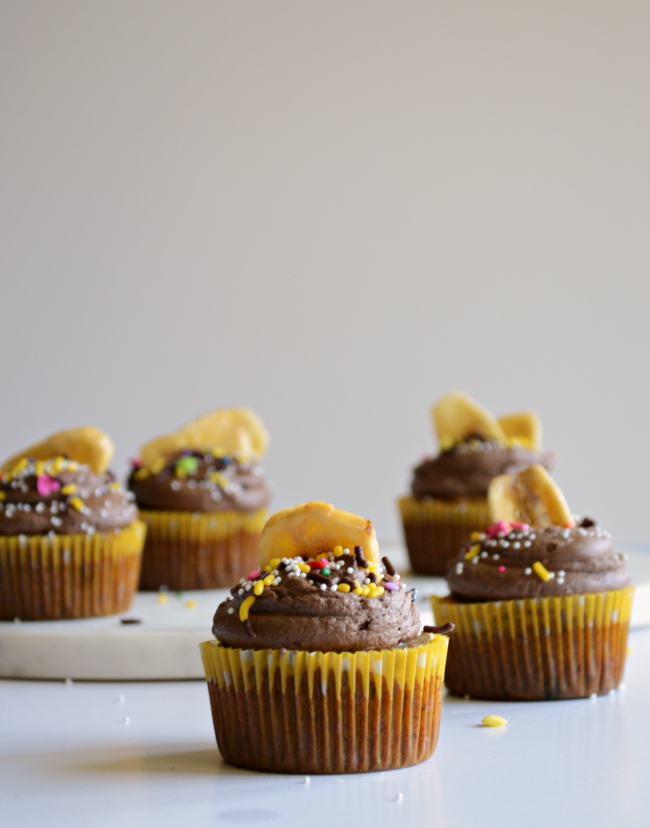 These cupcakes come together quickly. You can easily make them by hand, instead of a stand mixer. Quick and easy. They're a cupcake for sure and not just a quick bread but they are so very similar. And the buttercream, the buttercream, is like a cloud of chocolate hazelnut heaven!!!! Trust me, when I say, you need it in your life!!! 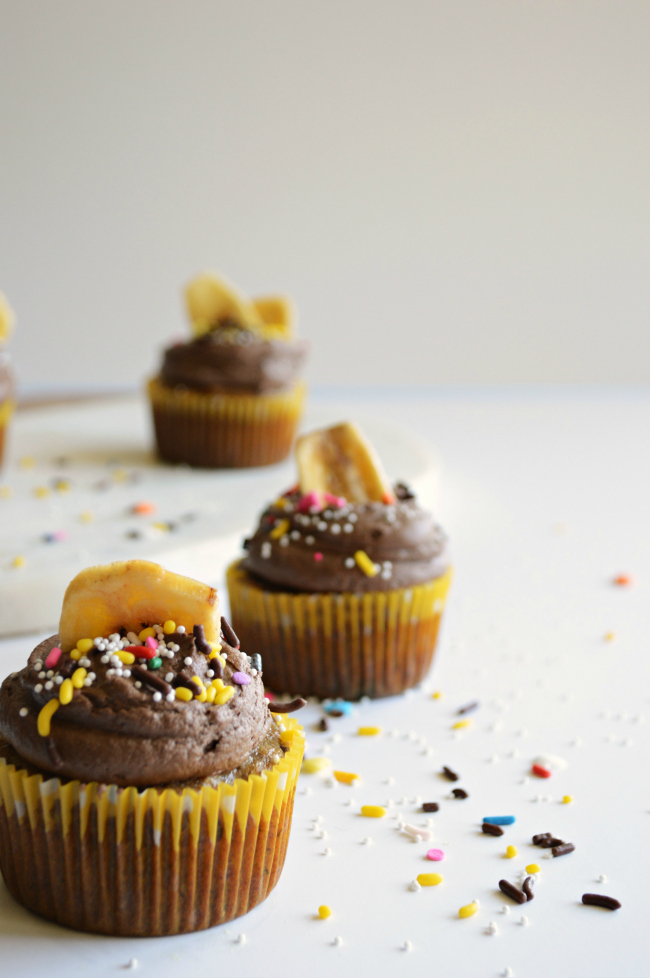 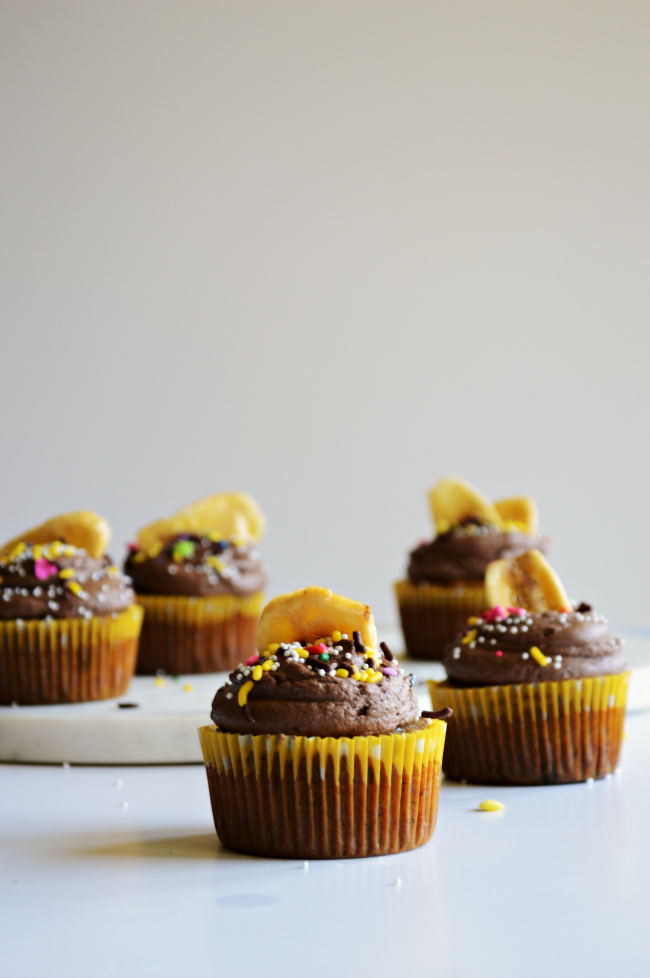 Preheat oven to 350 F. Line muffin pan with cupcake liners and set aside. In a large mixing bowl combine flour, baking soda, salt, cinnamon. In the bowl for your stand mixer, add egg and sugar. Beat on medium-high speed until light and fluffy, about three minutes. Mix in vanilla, sour cream and butter, until just combines. Mix in dry, then stir in the bananas. In a small bowl stir together pecan, chocolate chips and flour then fold into the batter. Using a 1/4 dry measuring cup fill the the muffin cups. Bake for 15-18 minutes, until golden brown. These cupcakes are not light and fluffy. They are dense like banana bread, so a tooth pick may not come out clean. Allow to cool before frosting.

In a stand mixer, using whisk attachment whip butter, 2 cups sugar and Nutella until fluffy, about 3 minutes. Add in chocolate and whisk until combined. Add in whipping cream and whisk for 5 minutes on high. Check consistency to make sure it's firm enough, add more powdered sugar if it is too soft. It should be soft and fluffy, yet still hold its shape. 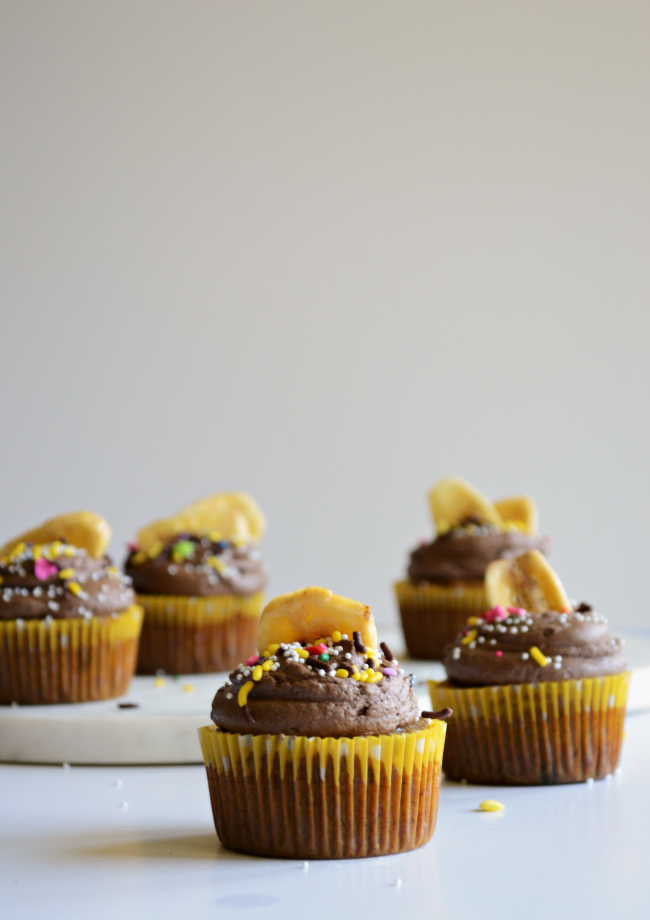 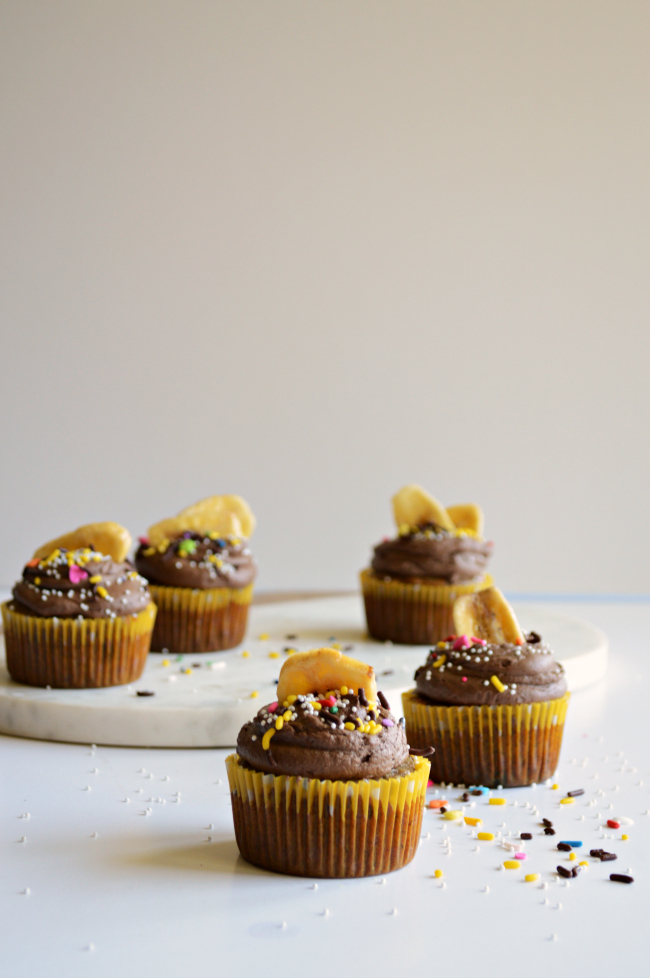