You can't go wrong with this combination, the creamy, smoky Gouda, the fresh spinach and broccoli, everything about this soup is perfection.

You really need to make this!!! 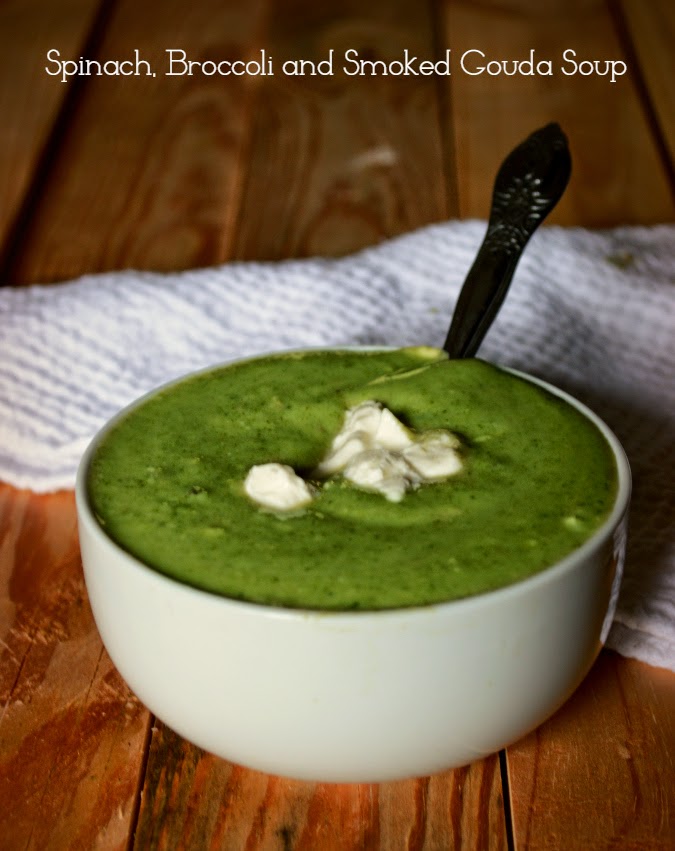 Sorry, I was a little bossy up there. It's just that this soup is so freaking delicious and it really hit the spot while we all were (still are in some cases) super sick. Although, I normally tend to shy away from dairy while we fight with sinus and allergies, but I couldn't help myself with this one. I was compelled to make it. I could hear the Gouda calling my name from the refrigerator and the most amazing thing happened. When I placed this bowl in front of my uber picky 5 year old, he actually ATE it, ate every last drop. He even told me it was "dewicious" which in Caleb speak means delicious and is the highest compliment given! I almost cried, I did, actually start to tear up. It was momentous. He's the "anti-Mikey" he won't eat anything. He's the kind of kid that when faced with going hungry or eating something he won't like, he simply won't eat and doesn't complain. True story, he went almost a full week with no dinner. I fixed meals that I knew he would like, if he just tried them and he refused. He loves breakfast food and lunch is easy, because pb&j suits him just fine, but trying something new just doesn't happen. So when my husband and I developed a new philosophy. You try 4 bites of everything on your plate and if you honestly don't like it, then fine, but you must try everything. With that many bites, he's getting enough food to sustain him. I knew we were in for some fight, but his new obsession with Masterchef Jr., Diners, Drive-Ins and Dives and Jamie's 15 Minute Meals has led him to try new things and actually enjoy them. This soup got me some resistance at first, but after a couple of bites his face went from "ew" to hmm and by the fourth bite, he was saying it was the best soup he's ever had. That's a winner in my book and I'm hopeful we can use this soup as a stepping stone to shed his picky nature! Hopefully it will woo your pickiest of eaters too. In a large stock pot, over medium heat, add onion, garlic and butter. Once butter has melted, stir in the flour, making sure there are no lumps. Allow to cook a couple of minutes, then slowly stir in the half and half just a little at a time. Once that is incorporated, stir in the milk, followed by the broth. Add in the broccoli and drop to medium low heat, allow to cook for about 10 minutes. Add spinach and cook for another 5 minutes. Once the spinach has wilted and broccoli has softened use a stick blender (or just pour into a regular blender) and blend until smooth. Stir in cheese and cook until thickened, about 5 minutes. Serve warm, I like to top mine with Greek yogurt or extra cheese. 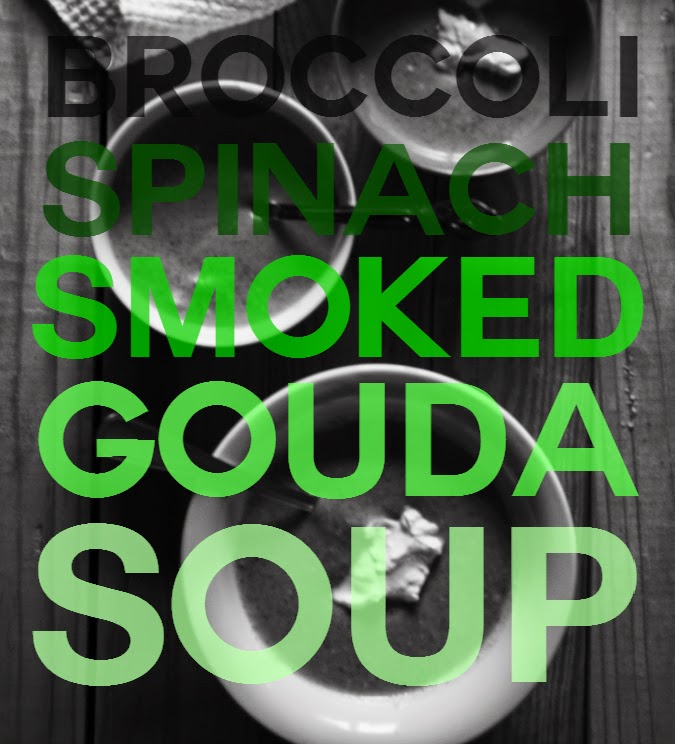 Now, that it is officially FREEZING, I suggest you make this and curl upon the couch with someone you love and binge watch Arrested Development.